Emotion and enthusiasm were shown for the tribute to Luciano Pavarotti that on the evening of the 8th of July 2017 opened the 32nd edition of the International Festival of Music Symphony in El Jem, settled in an amazing amphitheatre dating back to the 3rd century AD.

The marvellous Roman ruin of Africa, declared in 1979 a UNESCO World Heritage Site and defined as “Little Colosseum”, was the setting for an evening designed to celebrate the 10th anniversary of Maestro Pavarotti’ passing in a country he loved so much.

Maestro Paolo Andreoli conducted the 50 musicians of the Orchestra dell’Opera Italiana for a concert, broadcasted live on television from Tunisian state television, which offered to the audience the most famous Italian opera arias and the traditional songs made famous by the unforgettable Pavarotti.
On El Jem stage, the young talents supported by the Pavarotti Foundation: were the soprano Elisa Maffi, the mezzo-soprano Caterina Piva, the tenors Matteo Desole, Jenish Ysmanov, Matteo Mezzaro, the baritone Biagio Pizzuti and the Tunisian tenor Hassen Doss.

The attending audience was enthusiast, in particular for “Nessun Dorma” from Turandot by Giacomo Puccini and ” ‘O Sole mio”, and applauded asking for encores.
Opening and closing the event were the images and the voice of Luciano Pavarotti, during some unforgettable highlights of his career. 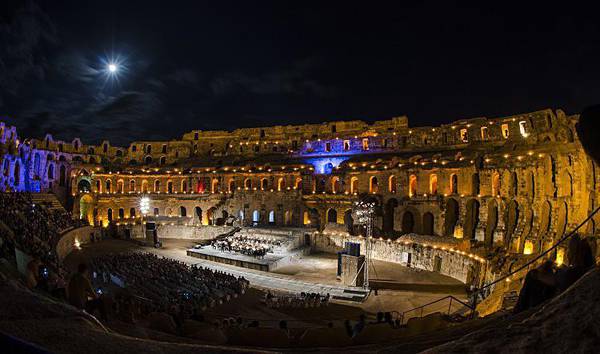 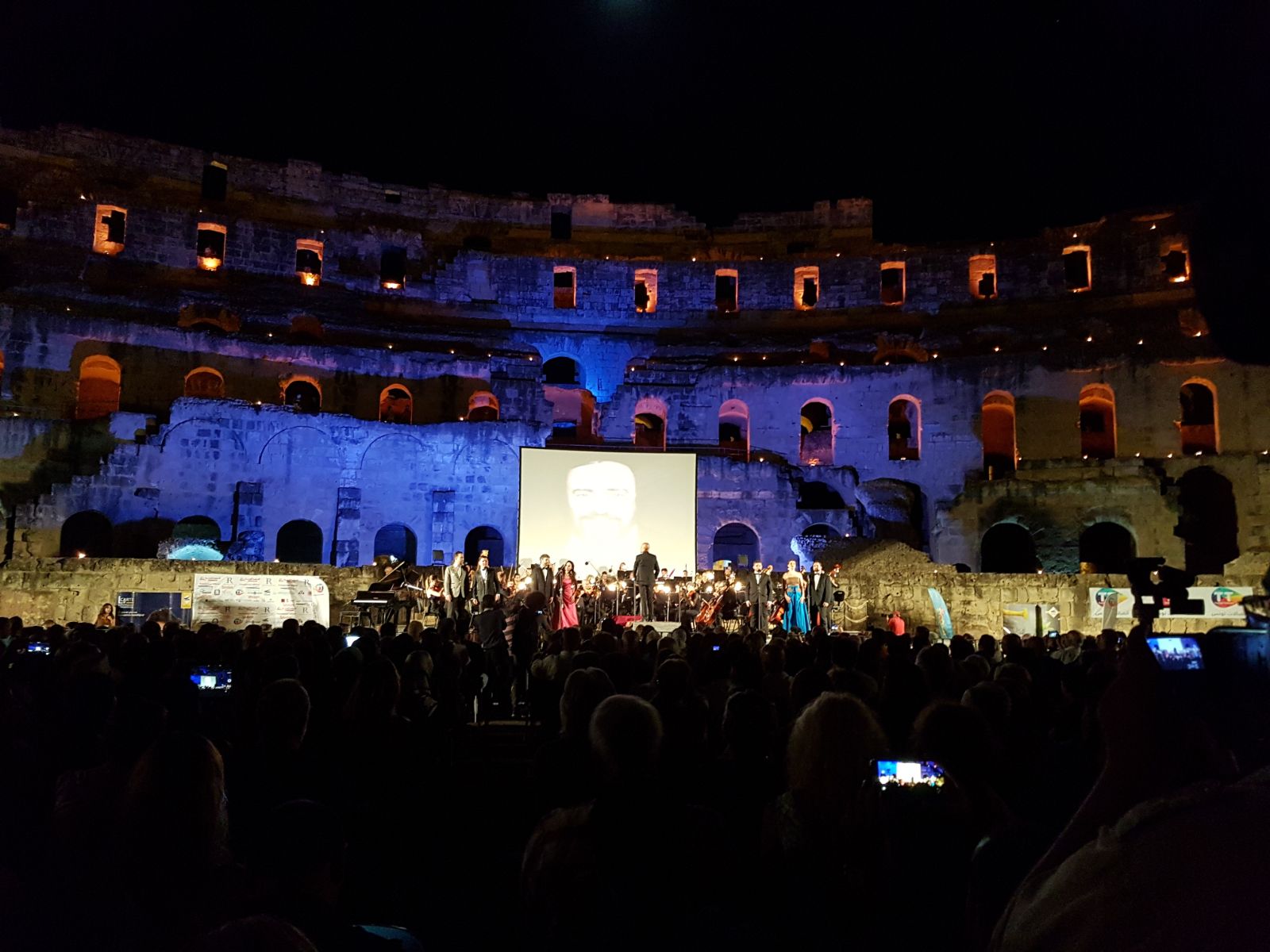 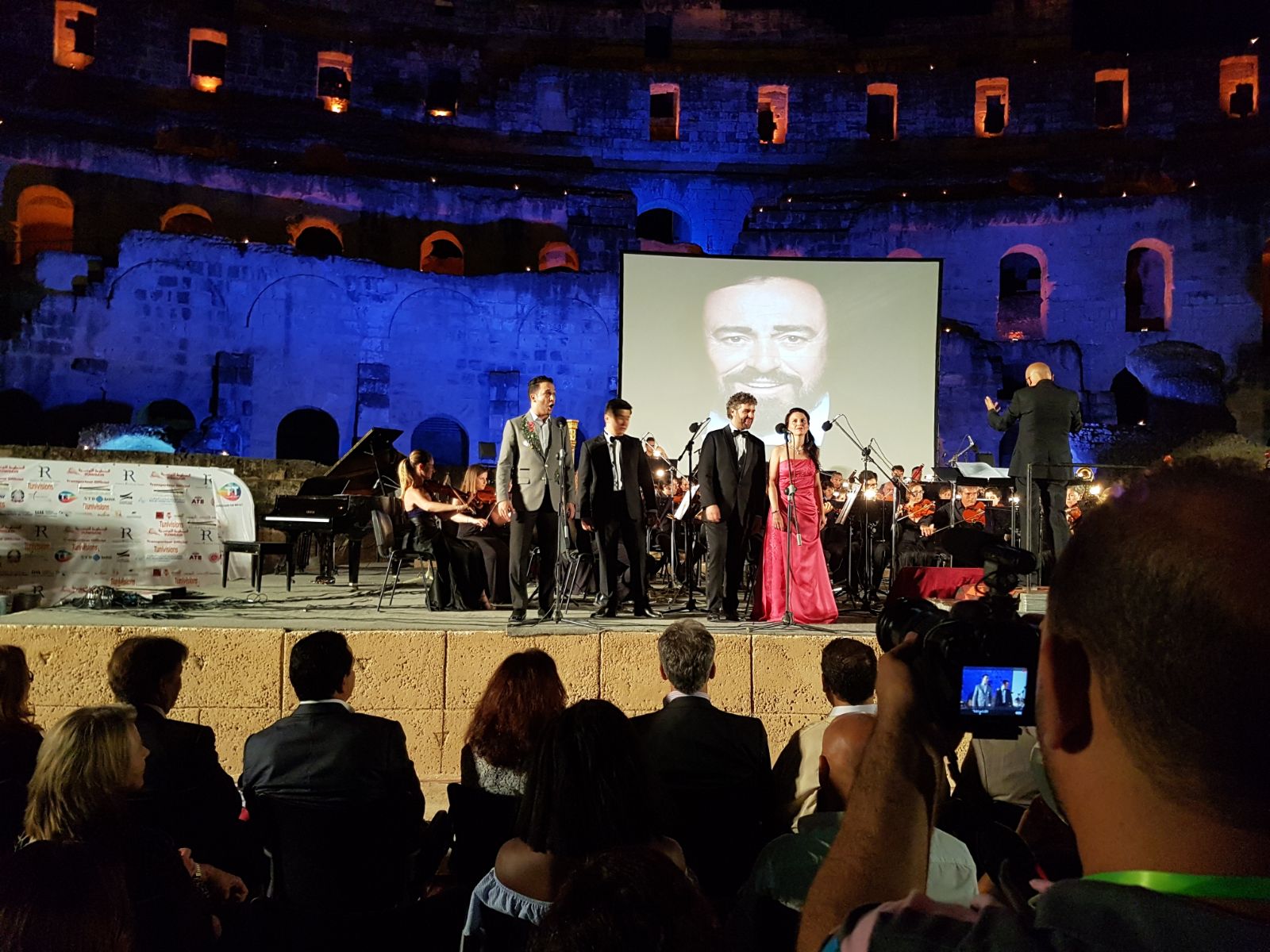